Sales Jobs: The New Frontier in a Down Economy 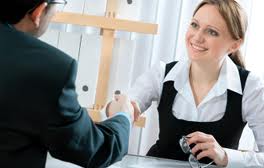 Sales Jobs: The New Frontier in a Down Economy There’s a kind of tree which is the first to grow in the toughest soil. It’s the kind of plant which grows first after a forest fire, and is the first to establish itself in tough soil. It’s the plant that you see on the periphery of every forest, and it is a tough little plant. It’s called a jack pine. It’s not just a survivor, though it is – it’s a pioneer. And as a salesperson, I can tell you that I. Get. That. Plant. That plant and I could be related. As a salesperson, I know what it’s like to get out there on the front line and make something happen when nothing seems to be happening. I know what it’s like to cultivate leads which seem dead or unproductive or even impossible. And I know what it’s like to close a sale even when everyone tells me no. Why? Because I’m a salesperson. And I’m not alone.

As salespeople, we thrive in the art of the impossible, the resurrection of possibility, and the heat of the sale. Sales to us isn’t the kind of thing we do because we need to make some pocket change; it’s how we define ourselves. And it’s for that reason that sales jobs are the new frontier in a down economy. Sales have always been the kind of career which anyone can get into.
After all, what is sales? Any kid with a lemonade stand can tell you that sales jobs are all about convincing someone else that your product is the one to buy. And that’s it. And that’s why I think sales jobs are the future of our new economy. Because no economy is ever down forever, and because it doesn’t take much to sell. Sure, there’s skill involved, and I wouldn’t be where I am without the education I’ve gained in and out of the classroom. But I will tell you that my biggest education has been being told no, again and again and again. It’s that kind of education which will either make you leave — or make you stronger. And when an economy is going through a downturn, the chorus of no’s which echo in my head remind me that the economy is just going through a transition like that tree after the forest fire. And when things die off and change, there are new opportunities which are revealed and brought to the surface. Sales is about seeing the new opportunity and planting seeds where everyone else just sees ash. Sales is about seeing the new arise from the old. Sales is about saying yes, when everyone else says no. I’m proud to be a salesperson

Recommended for you
More from this author
Categories
start test