5 Tips to Improve Your Social Media Marketing With Social Testing 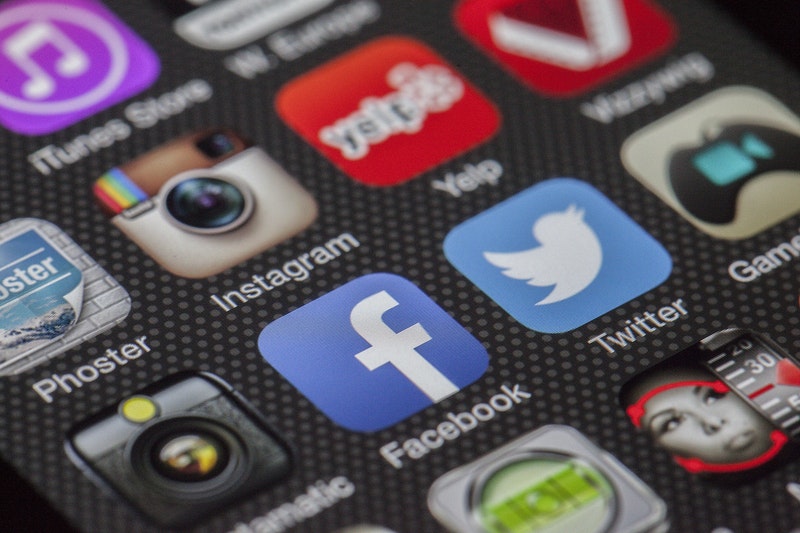 Whenever you are unsure if an idea you have is going to work, one of the best things you can do is test your concept with users. As such, usability testing is an integral part of app and website development, as it quickly uncovers bugs and lets teams collect feedback directly from users. But, that doesn’t mean you can’t benefit from user testing outside development.

This article will give you 5 tips to improve your social media marketing with usability testing. As you are about to see, collecting feedback directly from users is an incredibly efficient way to enhance your SMM game, which will directly improve brand awareness and recognition, and ultimately lead to more sales.

While there are many options for usability testing, doing it on social media platforms has a few major benefits.

First, starting the test requires zero investment, apart from time. You already own social media accounts, and unless your company has just started, you probably have some followers.

Second, social media usability testing is straightforward to put into practice. The platforms already have some obvious metrics you can track – likes, shares, comments, retweets, followers/friends/connections. They also let you create interactive posts which are perfect for testing, which we will cover in detail later.

Social media platforms also give you instant feedback. You will be able to tweak things in real-time and see results shortly after. A growing number of followers, likes, comments are unmistakable signs you are doing something right when it comes to social media marketing.

Lastly, social media user testing itself will help you grow your presence. Many of the testing approaches we describe below are interactive, which is also the most engaging content users love. Therefore, it creates a win-win scenario, where testing and implementation aren’t two separate things, allowing you to implement the results much more quickly and organically, with less effort.

Before you begin testing, you need to determine what you want to accomplish and choose the social media platform you want to work with. Even though you probably have accounts on multiple platforms, here are some benefits of the most popular platforms and the types of tests they are suitable for:

Tip #2: Choosing what to test

While user testing, in general, can be done in numerous ways because we are talking strictly about social media, here are some key variables you should focus on when performing tests:

While there are countless recipes and SMM gurus telling you when is the best time to post, the best way to determine this is to try things out yourself.

Trying weekday/weekend or morning/midday/evening is a good start. You can also check your previous successful posts and see when you made those, and try to figure out a pattern to follow.

While increasing post frequency is a good move, sometimes it’s hard to determine what amount is optimal. Even though you are likely to get better engagement in total, that doesn’t mean you will automatically get the same per post.

For example, if you now get 20 likes per post and post twice per week, will increasing to five posts per week to get 25 likes per post be worth your time and effort? Keep in mind that posting more frequently is more time-consuming and will require more ideas, making it much harder to retain post quality.

For all those reasons, take a couple of weeks to test things out and see how users behave once you start to post more frequently and how you feel about it. If the response isn’t as expected, or you start feeling overwhelmed, stick to your old schedule.

Trying outposts with images, native videos, presentations, carousels, links to external sources, or just plain text will give you an idea of what works best on each platform. Remember that algorithms are constantly changing and usually moving towards promoting native content and hiding links that lead outside platforms. To stay ahead, monitor trends and analytics, and run tests from time to time.

Changing post text and primarily calls-to-action won’t affect likes/shares that much, but it will definitely improve the amount of traffic your site gets and, with it, conversions. Considering that the ultimate goal of growing your business presence is making more sales, this is something you should always keep an eye on.

Because interactive posts are vital for user testing, they deserve to be a category of their own.

Interactive posts such as polls, surveys, quizzes, multiple-choice posts are a great way to get direct feedback from users while simultaneously boosting your social media profile. If you are creative, you can even try implementing a QR code for social media marketing, really taking a unique and genuinely interactive approach.

The feedback part is self-explanatory, as you can ask users directly about their opinion, figure out what to improve next, or solve a dilemma you might have. For example, if you are unsure how often you should post or when creating a poll is a simple way to answer that.

Polls are excellent for starting discussions as they are a type of argumentative content where people can leave their opinions in the comment. This will boost engagement and be a great source of ideas for future posts.

But, interactive posts are also one of the best ways to increase engagement. People love these, and so do algorithms, which means your posts are likely to get exposure. And when they do, your profile will grow, which will result in your posts appearing on top of the feed.

Just make sure to make it as easy as possible for people to answer. Remember, social media are used primarily for entertainment, and it’s best not to overwhelm your audience. While you probably won’t get in-depth responses, making it easy for people to answer will mean more people will join the poll, which will be excellent for your profile growth.

Not only that you will get instant and actionable feedback, but interactive posts will also do wonders for your social media presence on their own. But, please ensure not to use them too much, which is often the case.

First, if you don’t have something smart to ask, don’t create polls for the sake of doing it. We see too many meaningless interactive posts, especially on LinkedIn (“Should salary be in the job description? YES/NO”). Not only that those bring zero value, but they annoy your connections.

So don’t rely only on interactive posts. Use them sparingly, and combine them with other post types. It’s maybe a good idea to organize polls on certain days, for example, every Wednesday, while keeping other days for ordinary content.

Tip #4: Don’t test too many things at once

While even this article gives you so many options to get feedback, one thing is imperative – don’t run too many tests simultaneously.

For example, if you increase post frequency, change the timing, introduce a new type of multimedia, and add polls on top of that, you won’t be able to determine which action brought results and which one was a fluke. That will mean you won’t be able to draw a conclusion, making your whole test useless.

The best idea is to alter one thing at a time while also leaving enough time for the change to take effect. If you are overzealous, maybe you can test multiple platforms at once. That’s not ideal, as there will be overlaps, but it’s much better than introducing too many variables you can’t control.

Testing one change at a time is especially important if you keep track of tests manually. Tools such as Facebook Ads Manager or Facebook Business can help you keep an eye on changes you make, while Google Analytics allows you to easily monitor website traffic you get from your social media accounts if you use UTM codes. But, if you plan to perform more complex, multivariable testing, it will be hard to pull off without sophisticated SMM or CRM tools.

While social media user testing is convenient, free, and easy to organize and analyze, it does have its flaws. One of the bigger ones is answer quality, as you won’t be able to know for sure if people were concentrated or even serious when answering polls.

To fix this, you can create questionnaires, polls and even organize interviews with users. You can use your interactive social media posts as a starting point where you will draft users who got the most right answers or had the best ideas in the comments.

Once you identify those individuals, send them a link to one of your questionnaires, and tell them that their opinion matters to you. Those who showed the most enthusiasm are perfect candidates for in-person interviews or real-life testing of your products. You can even ask them to record the session and turn it into a testimonial later, with their permission.

Social media user testing is an incredibly affordable yet effective way to gather quality feedback directly from followers while simultaneously growing your social media presence. It’s a strategy any brand should implement into their SMM, and the five tips from this article are a great place to start.

Utilizing your social media accounts to find out what followers want and then recycling that information to better your social presence will become a virtuous cycle. It can skyrocket your brand presence across the board and eventually lead to better brand recognition and more sales and new customers. Therefore, don’t ignore what you just learned – implement it today, and put your social media game to a new level.

Lindsey Allard is the CEO of PlaybookUX, a video-based user feedback software. After seeing how time consuming and expensive gathering feedback was, Lindsey made it her goal to create a solution to streamline the user feedback process.