The Rise and Fall of Email Marketing (Can it Rise Again?) 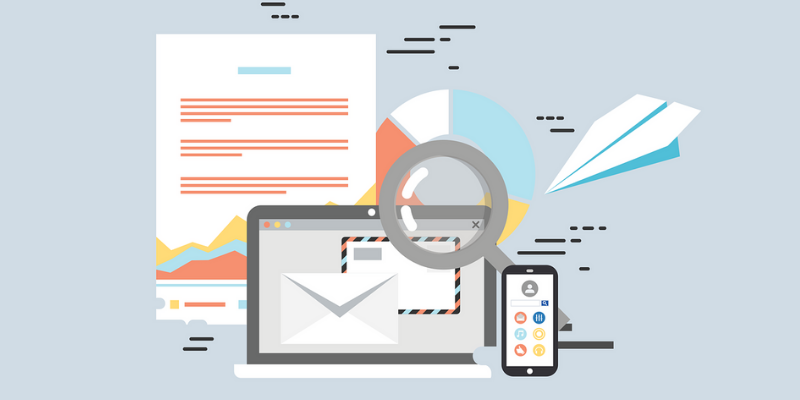 In 1978, a man named Gary Thuerk sent the first unsolicited bulk email to 400 recipients. The email promoted a new computer model by the company Digital Equipment Corp. Even though it’s now dubbed as the first spam message, this email was a resounding success, resulting in a $13 million sales increase for the company.

This email was sent via ARPANET, which was the precursor to the modern internet. Even after Gary Theurk revealed the true potential of email marketing, businesses were still hesitant to adopt this strategy. Of course, the limited availability of ARPANET was a major factor. But the companies weren’t ready to embrace ‘paperless’ advertising just yet and showed more interest in exploring technologies like fax machines instead.

Until the 1990s, post and telephone were the most popular forms of direct marketing. Both of these methods were expensive. However, the rise of the internet completely transformed communication and companies saw an opportunity to reach more people with little investment.

The Age of Email Marketing

Initially, email technology was only available to students and employees of certain institutions. But soon Hotmail started its operation as the first free web-based email service. Now email marketers could reach 20 million American internet users and that too in a short period. An era of mass communication had just begun.

One by one, companies jump on the bandwagon. Marketers were now using ‘spray and pray’ email marketing where they would simply send out mass emails without putting much thought behind them. These were the days when inboxes would often be flooded with advertisements. 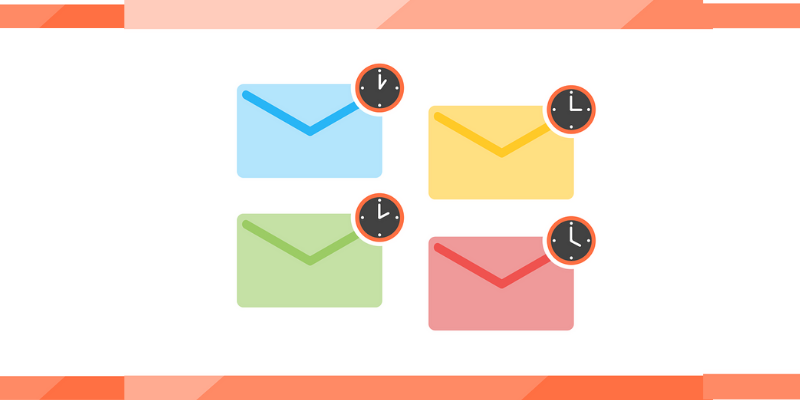 Harvard Business Review in 1996 predicted the overall worth of internet advertising to reach $5 billion by 2020. Email marketing was one of the major channels attracting investment. Emails were quicker than newspapers, had a better reach than billboards and were much cheaper than television ads.

To an extent, businesses abused this medium. Ironically, web-hosting company Xoom sent out marketing emails to 6 million internet users to advertise their anti-spam “Email Robot”. The amount of junk mail being sent around forced the government to step in.

A Bump in the Road

The UK government in 1998 updated the Data Protection Act to make sure that receivers can opt-out of email marketing. In 2003, the United States introduced the CAN-SPAM Act which was the most comprehensive legislation on spam and commercial emails at that time.

The act gave legal definition to commercial emails, banned misleading content and allowed consumers to unsubscribe. Governments around the world introduced similar laws to clamp down on spam-filled emails.

Even with so many filtering rules in place, the volume of commercial emails increased exponentially. Unfortunately, a lot of these were spam as the government and ISPs didn’t experience much success dealing with them.

By now, the HTML emails (introduced in the early 2000s) had matured and marketers could experiment with new fonts, use eye-catching graphics and incorporate different color schemes.

From Strength to Strength

In the mid-2000s, commercial emails were the favored mode of direct marketing for businesses. Companies had every reason to invest in this strategy as it paid dividends. Direct Mail Association in 2005 estimated that email marketing had an ROI of $57.25 for every dollar spent, which was significantly more than $7.07 for print catalog and $22.52 for non-email online marketing.

The same year, Forrester Research concluded that consumers who bought products marketer via emails spend 138% more than consumers who were pursued through other channels. Large corporations and small businesses alike were investing in creating custom marketing emails to capture the consumers. Discount email marketing became a popular phenomenon where companies would offer their latest coupons and promos through emails.

In May 2007, a survey by Internet Retailer found that 64.7% of retailers were running more email campaigns than the previous year. 94% of businesses were building bigger opt-in lists. But things would change in the coming years. The emergence of better technologies and some new legislation would cause email marketing to lose momentum.

Although social networks were the invention of the early-2000s, they rose in popularity during the latter half of this decade. By 2008, Facebook was attracting businesses that could now interact with customers easily in real-time. Twitter experienced a boom in the same period.

Brands had multiple channels to reach potential customers at this time. This meant emails lost some of their appeal to these new and innovative mediums. Social media dented the popularity of emails but it was the growing resentment of customers that led to email marketing losing its effectiveness.

In 2009, 30% of commercial emails failed to reach the customer inboxes. Netizens now had greater control over what emails they wanted and most of them had no interest in unsolicited advertisements.

Less than a decade later, GDPR would come into effect in Europe. Marketers were now legally required to have verifiable proof that customers had signed up for the emails. This caused the list sizes of companies to shrink considerably. Some even reported a drop in subscription rate from over 90% to under 10%.

According to CNBC, some companies lost 80% of their email audience as the recipients never opened the emails that asked for their consent on further marketing emails.

Flash forward to today, email marketing is the shell of its former self. Government legislation has played a role and people have moved on to better and more convenient technologies.

WhatsApp, Facebook Messenger and Telegram all provide a much faster way for communication. Emails have lost relevance when it comes to personal communication and in formal settings, tools like Slack have taken some of their market share. And when it comes to B2C conversations, an increasing number of businesses have begun to favor chatbots.

Fair to say, email marketing is not the juggernaut it once was. Although average people still check their emails three times a day, they are somewhat uninterested in marketing emails. According to Campaign Monitor, the average open rate of such emails is 18%. Meanwhile, the click-through of commercial emails is 2.60%.

So Can it Rise Again?

The short answer is, no and yes. Email marketing may not be what it once was but it’s still an impactful way to reach out to customers. According to different estimates, three billion people on earth have an email address. There’s no social media platform or innovative app that can match this number.

But companies need to approach this channel with caution. The era of spray and pray is long dead and there’s a slim chance your unsolicited and irrelevant advertisement will end up in someone’s inbox, let alone help you get any sales.

The good news is that triggered emails continue to deliver for the business. As their name suggests, these emails are ‘triggered’ by certain actions of customers. This could be abandoning the cart after going through most of the checkout procedure.

Since these emails are automated, they can quickly send a discount code to customers who may have abandoned the purchase due to the shipping cost. Stats show that 93% of people are likely to use discounts that have been mailed to them in such a scenario.

The increasing use of smartphones in the developing world also provides an opportunity that could be capitalized by businesses. With half of the world’s population now owning a smartphone, it’s no more unusual for people to check their mail while on the move.

In short, email marketing isn’t dead but it will never reclaim its place as the king of marketing channels. But there’s every chance it will become prominent again if businesses approach it strategically.